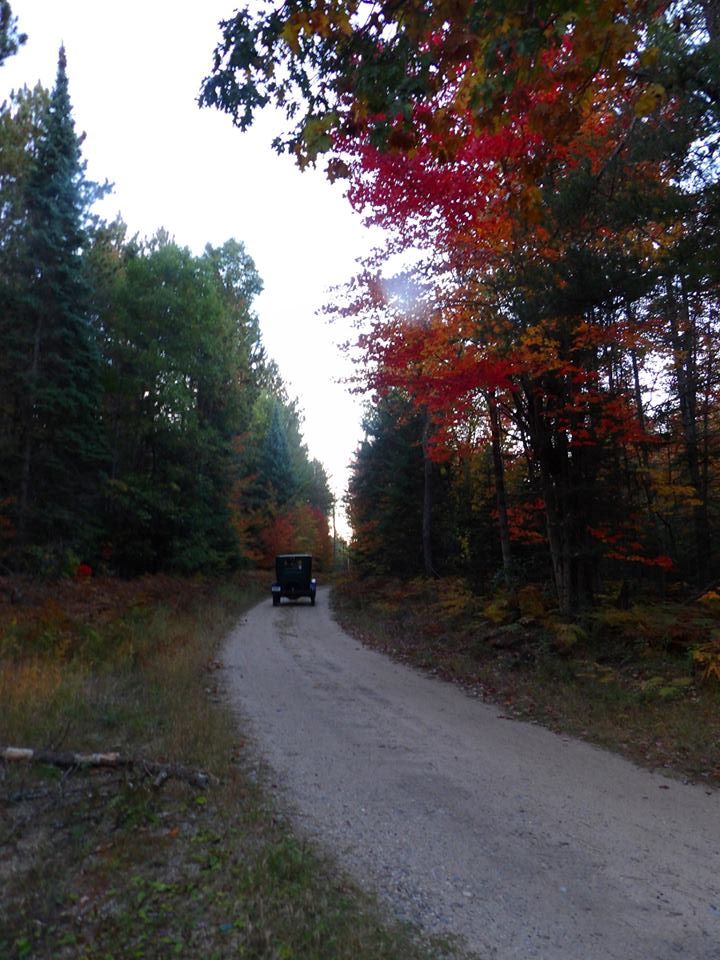 A notorious house of ill repute, affectionately known as “The Notch”, was located 3 miles west of Grayling just past the bridge on M-72. It was built about 1880 by Harry Young of Toledo, Ohio. The house contained a saloon with a large mirror, a brass foot rail and benches along a wall. There was also an orchestra platform for the dance hall area. The logging industry was in full swing and the house of ill repute was widely known. (There were 12 boarding houses in the area at the time.) The Notch was also a fighting joint. The lumberjacks fought as well as women such as Grace Conhard who was one of the notable performers. There were also matched dog fights. Silver Jack and Eight Day Bill were among the notorious characters who were regulars at the Notch.

Old-timers told the story of Honkytonk Jack, a livery horse in Grayling who had been driven to the Notch so often that he simply couldn’t pass the gate; he always turned in. Sometimes the liveryman rented the horse out to young men who took proper girls for a Sunday ride. Needless to say, Honkytonk Jack caused many embarrassing situations.

After a number of years, Charles and Maude Blair purchased the 110 acre property. They employed up to 13 girls in as many rooms on the second floor. In 1913, when the first military encampment (now Camp Grayling) was established, the Blairs voluntarily closed the Notch. There was a law prohibiting the operation of such a place within a certain distance of military grounds. The couple continued to live there until they sold the house of ill repute in 1920 to Rasmus Hanson.

Charles and Maude Blair sold the Notch in 1920 to Rasmus Hanson who employed Henry Borchers to oversee the property, or farm. In the meantime, a couple named Herbert and Kata Wolff needed a gardener for their home at Lake Margrethe and decided to hire Mr. Borchers. However, it was necessary for the Wolffs to find a place for Henry Borchers and his family to live while in their employ. So, in 1930, the Wolffs bought the property from Mr. Hanson’s estate with the house of ill repute intact. The Borchers had plenty of living space in one wing of the house and became the caretakers, raising animals and caring for the vegetable garden. The Wolffs discovered that all the items in the “ill-repute” part of the house were in their original condition. Kata Wolff thought it would be fun to turn the Notch into a museum to hold relics of the early days of Crawford County. Items were donated from beer companies and Kata received steins, glassware and dishes from many parts of Europe. Eventually, the house burned down. Parts of slot machines, glasses, dishes and many other items were found, burned, in the Au Sable River. Another house was built on the property by a new owner about 45 years ago and has become part of a subdivision just outside Grayling city limits.