Sled Dog Races will be held at Hanson Hills Recreation Area on March 13 & 14. This is a new event for the Grayling area and for The Great Lakes Sled Dog Association. 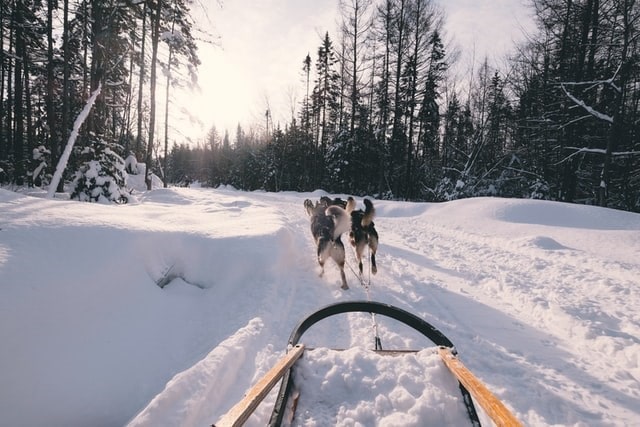 The races – conducted by the Great Lakes Sled Dog Association, which is based in Kalkaska – are currently slated for Saturday and Sunday, March 13 and 14, starting at 9 a.m. on Saturday and 8 a.m. on Sunday.
Organizers said the event will feature a series of distances and classes during the two-day event. It will feature six-mile, four-mile, and two-mile courses, and each one can be done with two-dog, four-dog, or six-dog sleds, or skijour competitors with one or two dogs. (Skijour is a combination of cross country skiing and dog racing with the skier attached to the dog via harness, organizers said.) Competitors can participate in more than one race.

Hanson Hills Recreation Area has long been a staple of the community. From cross country skiing and downhill skiing to tubing, hiking, biking, snowshoing and even fishing, Hanson Hills is one of Grayling’s most popular outdoor recreation areas. Hosting a number of annual events, now including sled dog races, Hanson Hills is a mecca for outdoor enthusiasts in northern Michigan!