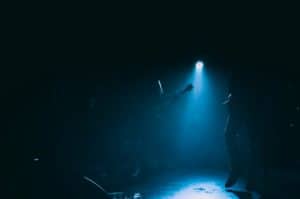 Larry McCray’s heart and soul are in the blues. Of that, there’s no question. It’s been 25 years — award-winning ones at that — of scalding-hot and tasteful blues from the Arkansas-born, Michigan-based singer, guitarist, bandleader, songwriter and heir apparent to a lineage that includes personal influences and heroes such as B.B. King, Freddie King, Albert King, all of whom he’s had the chance to meet and play with. McCray’s eight albums have blended reverence for that tradition with his own soulful spin on the form, and those achievements have been noted with an Orville H. Gibson Male Blues Guitarist of the Year award as well as the Top Guitarist prize in International Blues Matters’ 2014 writer’s poll.

Get ready for scalding hot, tasty blues on June 19 – get your tickets for Larry McCray Blues Live!

If you area interested in attending this fun and exciting event, purchase your tickets today! For tickets, click the link.