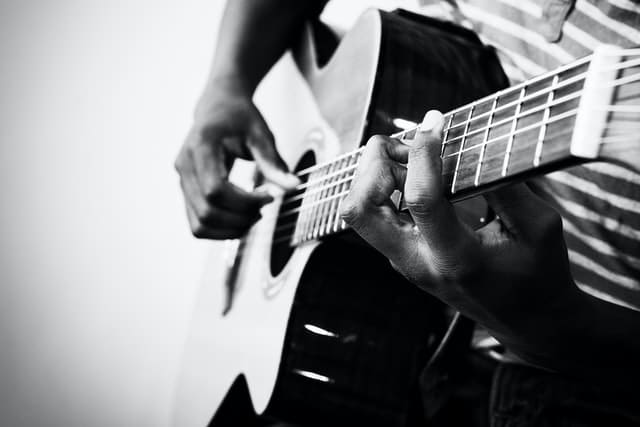 Jabo (Jay-bo) Bihlman is an Emmy award winning guitarist, singer, songwriter and producer. His music has appeared on FOX, CBS, ABC, NBC, CMT and shows like “The Good Guys”, “All my Children”, “Burn Notice” and “Sons of Anarchy” on TNT. Come on down and see Jabo Bihlman in Concert at the AAV.

As an artist, he is the lead singer/guitarist for the popular rock band The Bihlman Bros. He is also the lead guitarist for the MegaForce/Sony artist Grinder Blues, with his brother Scot and legendary King’s X frontman Dug Pinnick. Their first record debuted in the top 10 on the Billboard Blues Charts.

We’re bringing Jabo and crew to rock downtown Grayling on November 13. Get your tickets and get ready!

Tickets available now, save $5 when you order before the show ($30 at the door)

Get a Free ticket when you sign up for Jabo’s songwriting class at AAV:
> Learn More About The Class

AuSable Artisan Village of Grayling, MI is a non-profit art center, established in 2010. The once damaged building on Michigan Ave. had been sitting vacant for 10 years, and establishing the gallery marked a major development in the revitalization of downtown Grayling.