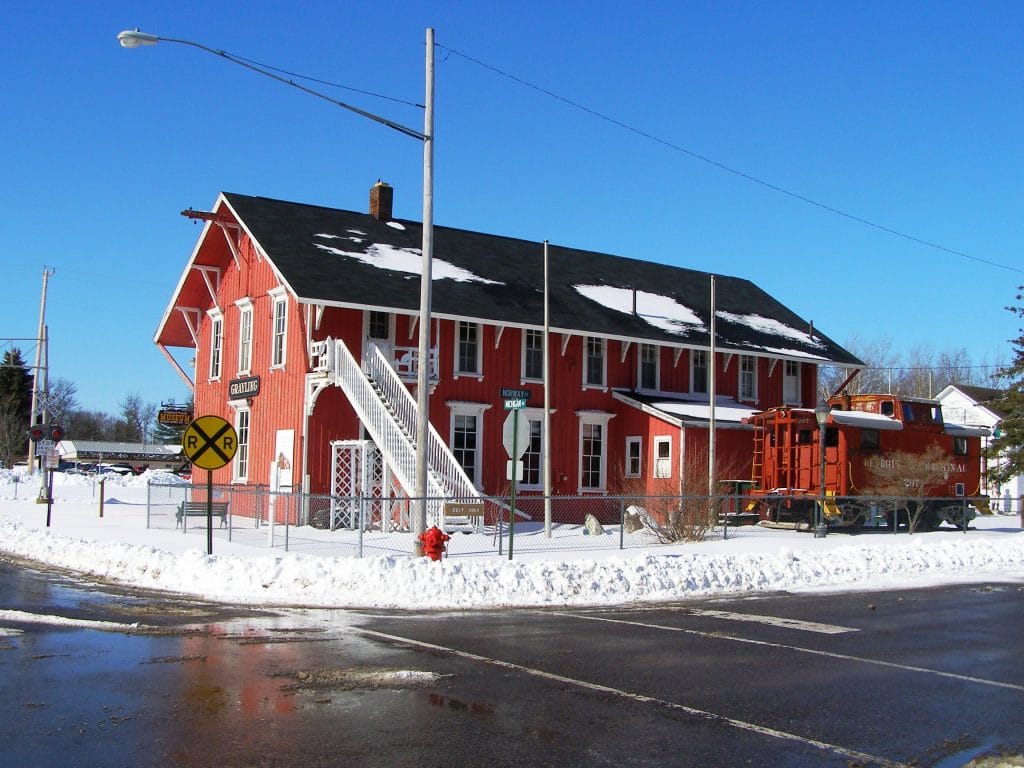 The Crawford County Historical Museum is located in downtown Grayling. The building which was a former railroad depot is dedicated to preserving the rich history of the area, featuring the 19th and 20th centuries. The quaint museum offers a nostalgic jaunt through the lumbering era that once shaped Grayling’s economy. Grayling was particularly suited to the industry due to the presence of vast acres of pristine forests and the proximity of the AuSable and Manistee Rivers where logs could be floated out into the Great Lakes.  The Crawford Museum is actually named after Grayling which used to be called Crawford.  The fish in the lakes and rivers were called Grayling. The townspeople eventually changed the town’s name to Grayling after the fish which have now unfortunately, become extinct. The old depot was scheduled for demolition at one point but the community rallied together to save it, restore it and turn it into a museum.

Historic photos line the walls as you begin your tour of the building that in 1882 once accommodated both passenger and freight train transportation.  The well preserved photos depict life in the past including a 1915 riverboat, local dignitaries, prominent residents of the time, and photos showing the logging industry. The building and grounds house a railroad caboose, a military building which is dedicated to local ex-military personnel from the Civil War to present, Camp Grayling, a trapper’s cabin, and an old fashion firefighting station.  The authentic trapper’s cabin was once a school house in the late 1800’s that was moved from South Branch to Crawford County. Upstairs tourists can see rooms with displays showing life as a trapper’s wife, an old saloon, a schoolhouse and equipment involved with regional winter sports. Another one of the interesting buildings located on the grounds is an agricultural barn filled with antique farm tools and equipment.

The historic two floor museum and its four out buildings are located at 97 Michigan Ave, Grayling, MI 49738.

Harvest Festival and The Christmas Walk

Crawford County Museum is a non-profit whose mission is to collect, house and preserve the history of Grayling and the out-lying areas of Crawford County for generations to come.