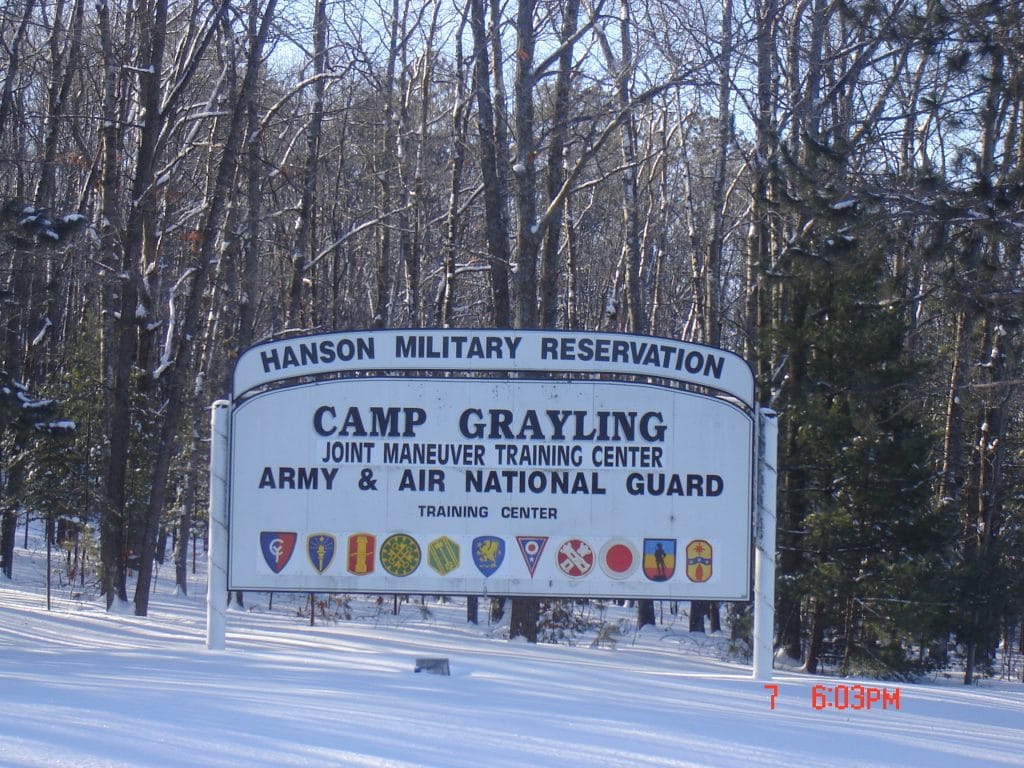 Camp Grayling Military Installation in Grayling MI is the largest National Guard training facility in the U.S., due to its many ranges and ample maneuver areas. It was founded in 1913 on an initial grant of land from Grayling lumber baron Rasmus Hanson to the State of Michigan for military training, and now spans 147,000 acres in Crawford, Kalkaska and Otsego counties. Much of that acreage is accessible to the public for hunting, fishing, snowmobiling and other recreational uses when military training is not taking place. The main post is only accessible to those with military ID’s.

Each year, Camp Grayling typically schedules training for over 10,000 military personnel from National Guard units in Michigan, Indiana, Illinois and Ohio, as well as regular Army and Reserve units. The installation provides over 200 full-time jobs to local residents, making Camp Grayling one of the largest employers in Crawford County. Camp activities generate over $20 million annually in local economic impact. The federal dollars that pay employee salaries are often used to pay local taxes and to support schools, hospitals, churches and local businesses, a partnership that has proven itself over generations.

A central attraction of Camp Grayling is beautiful Lake Margrethe, named after the wife of Rasmus Hanson. A favorite fishing and recreation lake for soldiers in their off-duty hours, the lake sees much enjoyment by area residents and by campers in the state forest campground located at the lake’s northwest corner. Overall, Camp Grayling is a gem secluded within the center of the Northern Lower Peninsula of Michigan. Its mission for the last 90 years has been to train soldiers for combat, but the camp and its natural environment have brought enjoyment to several generations of visitors, both military and civilian.